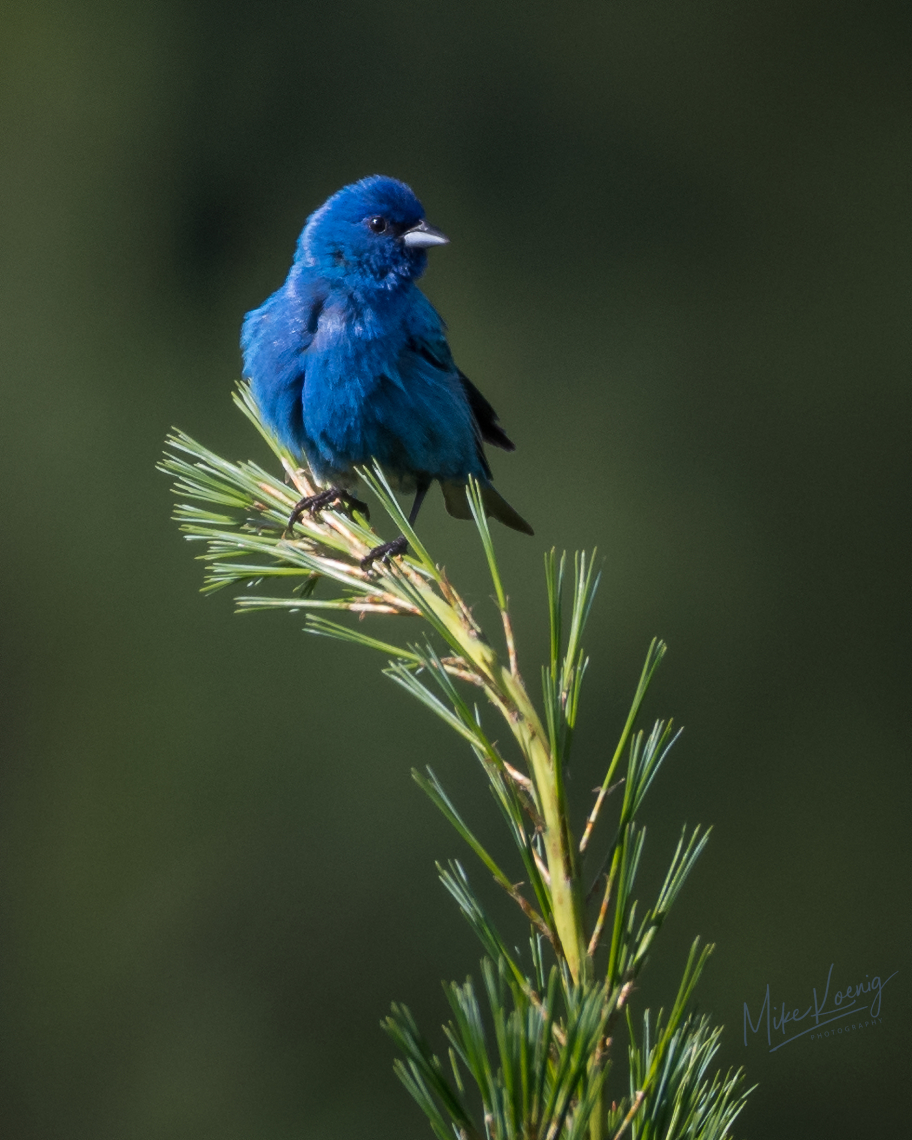 I was just off the Blue Ridge Parkway in Blowing Rock North Carolina looking for birds and deer to photograph the summer of 2021. I was wearing shorts but my curiosity had gotten the best of me and I had somehow managed to wade 30 yards waste deep in briars and blackberry bushes. Initially I was looking for a doe or buck to photograph, but a vibrant blue bird appeared perched atop one of the young pines growing out of the brush. It had a strange song that I hadn't heard before. Indigo Buntings are a rare site as bunting habitat is that of brushy and weedy fields on the edges of forest. He seemed to enjoy the company of what appeared to be a song sparrow, but I would later learn was a female indigo bunting. I photographed this handsome fellow for 15 or 20 minutes. I then decided to try and get a little closer, but in doing so I "spooked" him and he flew off to safety.

A great trick to get better photos of animals is to go to a location and sit or stand quietly for 20 or 30 minutes. The animals will eventually come back out. They were in most cases already there, but they hide when something unusual (you) shows up.

I combine seasonal and atmospheric conditions with artistic concepts to create one of a kind images.