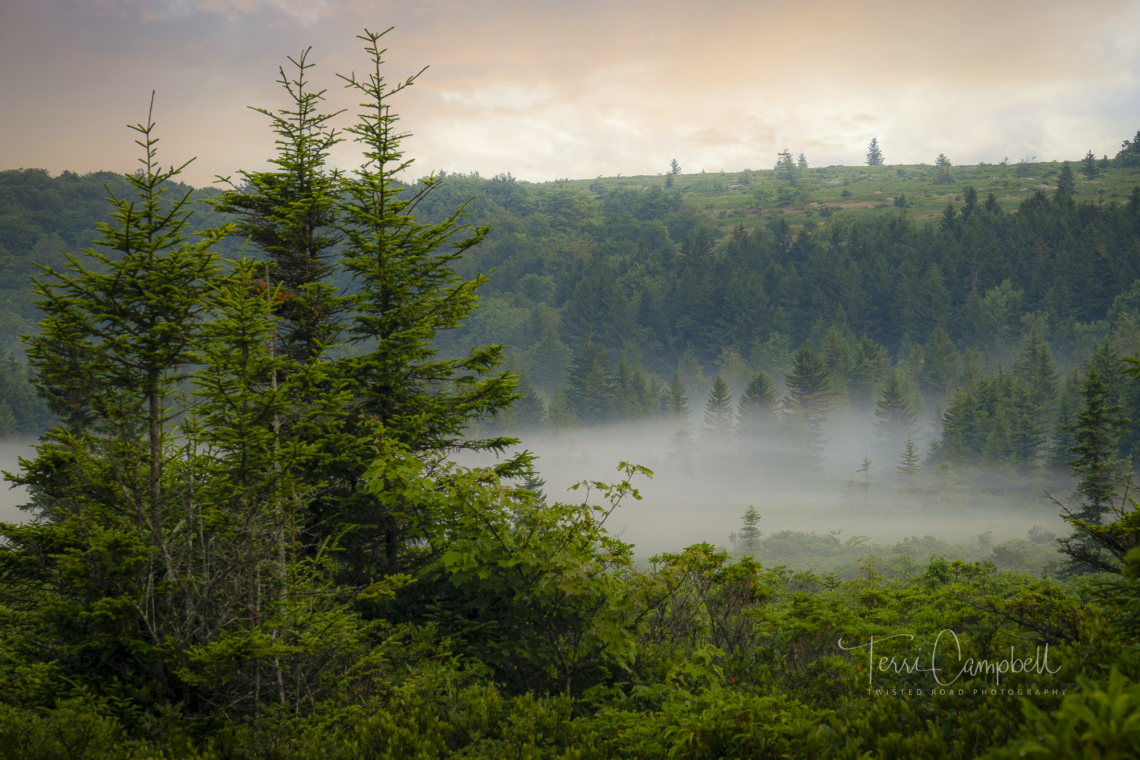 Spent this past weekend camping in the Dolly Sods area of West Virginia. One morning, me and my buddy were up at Bear Rocks plenty early to capture sunrise (and did- that's coming in later posts!), but there was one photographer, a little older, huffing and puffing his way up and had largely missed sunrise, especially considering he was still looking for "the" spot. He moved well past us, and kept journeying on, eventually completely disappearing from sight. After I'd captured my share of the sunrise, I noticed this gentleman was set up facing the valley opposite the sun. Not sure if that had been his plan all along or not, but there he was, clicking away at this amazing fog that was laying in the valley. I'd learned long ago, always look behind/above/below/beside you, cause you just never know where something magical is happening. On this day, there it was- every bit as magnificent as the sunrise I'd just witnessed-just over my shoulder and waiting for me to turn around.

Wow another amazing shot. I swear youve gotten better and didnt even think that was possible. Very nice.