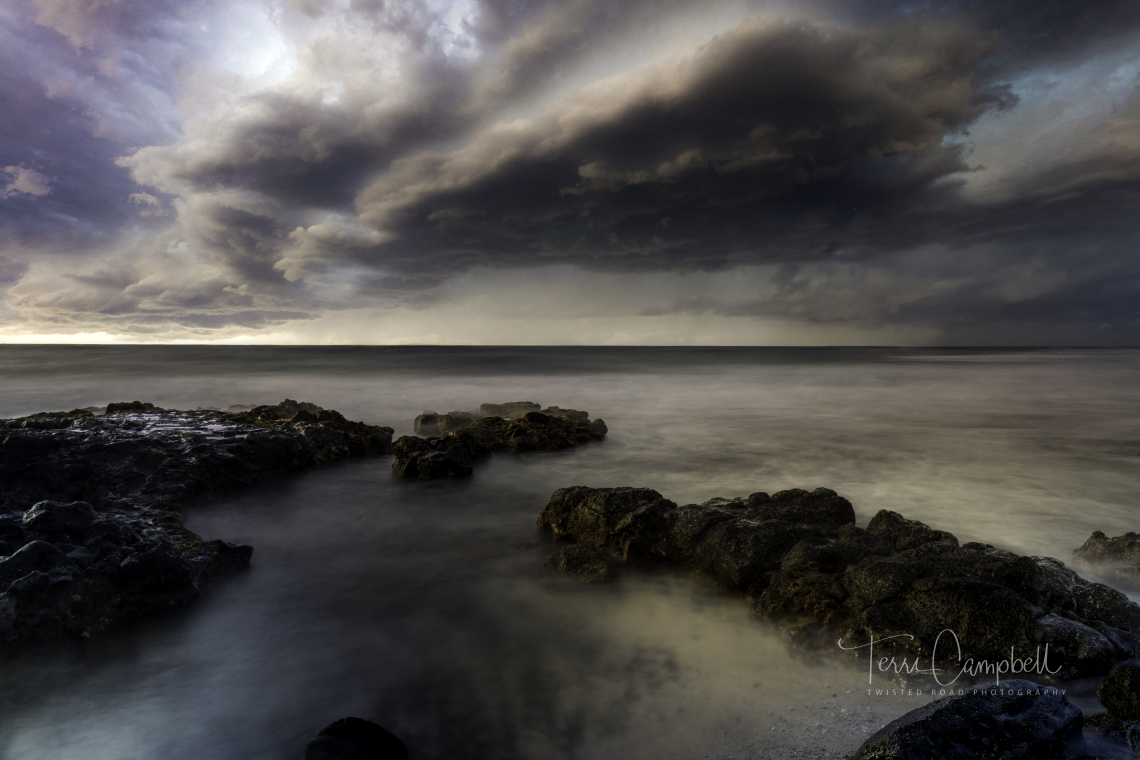 I'm posting this one, with a story and maybe a lesson. It was daytime, I was actually scouting a place to shoot the milky way the next day and found this beach. Since It was mid-day, I decided to see if I could use the ND filter to slow the waves down and maybe get some cool long exposure stuff with water moving over the volcanic rock. I'd not used my ND filter in quite some time, and ended up fighting it something awful- and what you see here is largely color cast from the filter (the turquoise in three of the four corners). When I got home and initially reviewed images, I bypassed these altogether, knowing that cast was horrible, and likely unusable. But on my second pass, I decided those colors were actually pretty awesome and gave more to the image than not. So, I exploited it- jacked up some of the colors and played with it quite a bit to end up with what you see here. Part photograph, part imagination. When life gives you lemons, right? or in my case- when your ND filter gives you weird blue color cast! Pretty sure I'll never be able to get the ND filter to do that again. Too bad, I really like how it inspired this creation.

Great story Terri, I find photos I overlooked all the time, especially as I get better at editing. Great shot.

I really love the clouds here Terri, so beautiful.

I think it turned out very nice. Some ND filters do produce a cast but it's not really noticeable here as the photo has a realistic look. But you may want to invest in a ND filter without a cast as they can be extremely useful for doing longer exposure photography. Unfortunately, cleaner filters can cost some money. I use Lee filters and love them.

Thanks Reid. Funny thing is that I'd used this filter for several years on all my waterfalls and never had cast. The filter in question is a Cokin Variable ND, and I've switched to using a CPL for most of the falls now, which I like much better. I'm migrating to the Singh-Ray/Lee 100/150's as I can afford to replace them. In the end, I'm pretty happy with the cast here, despite having not 'chosen' it!

Those Singh-Ray are big bucks. I'd like to get them but I'll have to stick to my Lee. Those are bad enough.

Oh yes agree. First thing I saw were those colors in the corners in full screen. Those really help the photo. That giant cloud in the middle is insane as well.