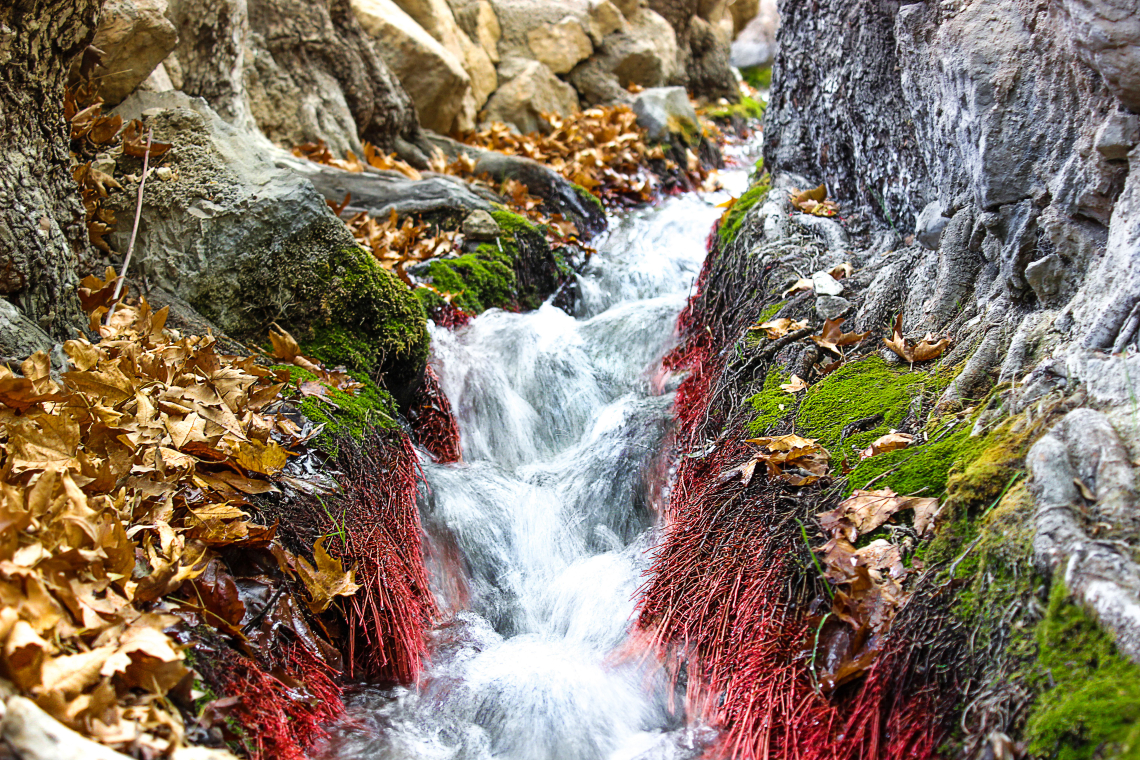 Bashar Estahban is the name of one of the spectacular attractions of Estahban city in Fars province.

This waterfall is located in the south of Estahban city, 170 km away from Shiraz. Its water is supplied from a series of aqueducts with several very deep wells in the foothills of its southern mountains. Not so long ago, the water of this old aqueduct used several water mills in its path, the traces of which still remain. Today, the end of the waterfall path is paved. There are also two other waterfalls called Lai Tarik and Sultan Shahbaz in this city. This photo shows the path of the waterfall in autumn